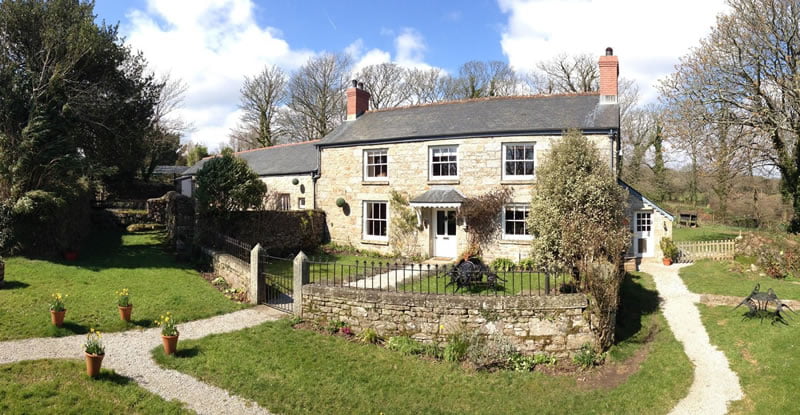 Live Beside the Sea were interviewed by two sisters looking for a Search Agent in Cornwall, from which we were then selected to find them a property that would accommodate both of them separately on the same piece of land.

They were selling up their respective homes in West Sussex and settling into their beloved Cornwall. As they were only just placing their houses on the market, we advised them to wait until they had buyers before we started our search.

Luckily their houses went under offer swiftly, so they didnŌĆÖt have to wait long. They both knew the county well, particularly around Padstow, but they wanted to be somewhere secluded and off the beaten track, where their love of wildlife and animals could fill newly-retired lives. They were meticulous in their list of ŌĆ£wantsŌĆØ and ŌĆ£donŌĆÖt wantsŌĆØ. This proved to be totally invaluable in the search and dealing with agents. One of the unusual requisites was a vast collection of 500 teddy bears that needed space for display.

We viewed several suitable properties right across the county, sending off our viewing reports on each one, highlighting the positive and the negatives of them. Three of the best were chosen and they came down to Cornwall for a holiday combined with viewing houses. A magnificent property in Constantine, with an attached barn conversion and a substantial house was found, ticking all the boxes including beehives and chickens.

We knew as soon as we viewed it that this was the property for them. Having shown them a selection, we kept this one to last. The sisters could not believe that we had found them their dream, as it was just as they imagined their home in Cornwall would be.

The Teddy Bears are looking forward to the move; they have not been forgotten. A wonderful two-storey small barn in a field near the main house is going to be converted as a ŌĆ£FollyŌĆØ; not only to house the bears, but, as the view is so wonderful, one of the sisters has decided that she wants to have her study in there too. 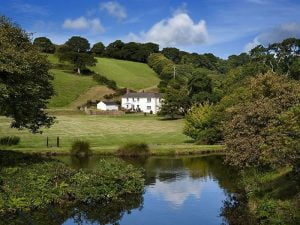 Whilst at a wedding last September in a clients garden, I was chatting to one of the guests who had friends looking to buy a retirement home. They were renting in Cornwall, having sold their house they had cash in the bank, so why hadnŌĆÖt they found anywhere? They had been in Cornwall for two years and viewed 46 properties, all of which had fallen short of their expectations.

The wedding guests recommended my services and a few months later I had a call saying that they realized they needed my help.

The first thing I had to do was establish what was going wrong, so we spent a good few hours at the table going over all the property details that they had dismissed and why. I eventually discovered that they had been in the process of buying a house when they first moved down to Cornwall but it had fallen through. Bingo! They had loved and lost, so now every house was being compared to that one.

It was my job to make them fall in love with another house again.

I revisited some of the properties that they had unfairly dismissed and viewed many more that were fresh to the market. Within 5 weeks they had offered on their dream home ŌĆō and it was not even on the open market!

Being a Cornwall property search agent, I have a great network of contacts and estate agents often contact me pre- marketing, so I was able to secure an accepted offer on the house by the time it was launched. 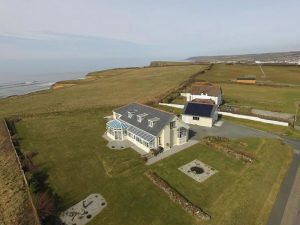 Live Beside the Sea were approached by an English couple who had lived in New England for nearly 40 years and were looking to return home to retire. After much consideration, they had decided that Cornwall was their chosen destination, even though they had both come from other parts of England.

Their brief was very well thought out and complicated. Having spent most of their lives living in the States, where houses are much larger ŌĆō open plan, with giant walk-in wardrobes and masses of outside space ŌĆō their wish list for Cornwall was daunting. They had little idea as to how Cornwall had changed and how, due to its popularity, prices had increased. Given the list of requirements, their budget was stretched to the maximum to achieve their perfect home.

Live Beside the Sea was totally dedicated to finding the ideal house, with extensive sea views and local amenities to match their interests. At first, the viewing reports that were sent to them in America were met with disappointment as we were finding it hard to get their wish list fulfilled in the area that they had chosen.

We decided, on a hunch, to search further afield to get them the great expanse of coastal views and a spacious house, within a fabulous local community, to fit their budget. We found an astounding house up in North Cornwall and duly travelled up to Bude to view it. The house was better than expected.

We spent time looking at the town and speaking to the locals, to make sure that this was the best place for them to settle and our reports were sent off to them the next day. Their response was very favourable, but due to their business commitments and distance, we arranged to do a video tour of the property as well as the surrounding area, with Jayne talking about the different aspects of the house and their lifestyle, with their remit in mind.

Having seen the film tour, they flew over to view the property on a swift three day visit. Live Beside the Sea, arranged for them to be collected from Exeter Station, by a chauffeur. They were greeted, by us, at a hotel in Bude and we stayed with them to show them the property and the local area.

The house was perfect and an offer was negotiated on their behalf by us. They are now looking forward to settling into their spectacular home in North Cornwall. 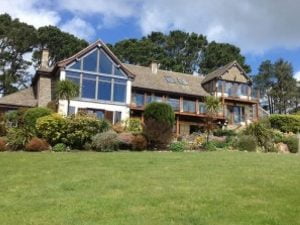 These clients were due to retire and had decided to move to Cornwall for a new life even though they didnŌĆÖt know the county particularly well, apart from holiday visits. After many telephone conversations and emails, they decided to employ the services of Live Beside the Sea, to ’¼ünd them their ideal new home.

They had set their hearts on acquiring a period house with masses of land. They were particularly drawn to areas around North Cornwall, where there were several properties that ’¼ütted their brief. As the search continued, it transpired that they owned a motor yacht that needed to be in a convenient marina. Falmouth was the best location for such a vessel as it boasts three excellent marinas with good facilities and perfect coves for day sailing.

Once Live Beside the Sea had explained the distance between Bodmin and the mooring of their wonderful yacht, it was suggested that perhaps the search should be concentrated closer to Falmouth and its surrounding area.

They came down to Cornwall on a viewing weekend and were shown around several houses in villages surrounding Falmouth, including one that was for sale privately, so was not on the open market. After a lunch at the Ferry Boat Inn in Helford Passage, which was close to the ’¼ünal property, they simply fell in love, not only with the house but the area. It was a fabulous house that they had not considered viewing at first.

Due to our sensitive understanding of their the interests and needs, they bought a house that was completely opposite to their original remit and they absolutely love it! They could not be happier with their choice. The house was well under their budget, which gave them more than sufficient funds for altering it to create their forever family home. 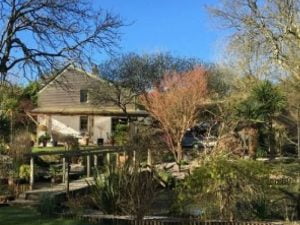 Live Beside The Sea were commissioned by a very busy couple from Oxfordshire with a small baby to find a home with a business attached so they could start a new life in Cornwall. They had family already living in Truro, so it was imperative to keep the distance from the county╩╝s capital to a minimum. The search was, as usual, very specific, with the need for a community for the couple to join, including a cricket club. All the things you need for starting a new life in a new county.

Live Beside The Sea, travelled as far east as Bodmin to a splendid property with holiday barns on the edge of the moor, and as far west as Lamorna, as well as a house on the edge of the sea at Port Mellon. Having viewed twenty-five properties, four were selected for the couple to see on their first viewing trip down. One of them was a bit of a ŌĆ£wild cardŌĆØ, as often giving a client the chance to see something a little different, gives them food for thought and in this case, it certainly worked.

It was the only property that did not have a business attached, but it did have the most astounding Thai Water Garden, that had been lovingly created by the vendor over twelve years. Live Beside The Sea╩╝s collaboration with a local designer came into action as a ŌĆ£Design ConceptŌĆØ was needed, as to how this amazing property could be used by the clients to start a business. The idea of using Shepherds Huts and the very popular ŌĆ£GlampingŌĆØ was investigated and a company was selected as being the best and closest, and the couple were totally enchanted by the house with its wonderful garden.

The experts at Helpful Holidays, gave predicted earnings on such a venture, with great enthusiasm. The couple loved the idea of making something totally new and different, so with this, all the other properties were instantly dismissed and an offer was made on this fabulous Mill at Drym. Live Beside The Sea, held the clients hands throughout the buying process, even recommending a surveyor and solicitor. The couple have now purchased Pengelley Mill and are looking forward to settling into their new home. As to the cricket club, well it was not forgotten, there is good one a couple of miles away in Leedstown.