Postcards from Cornwall and Poldark 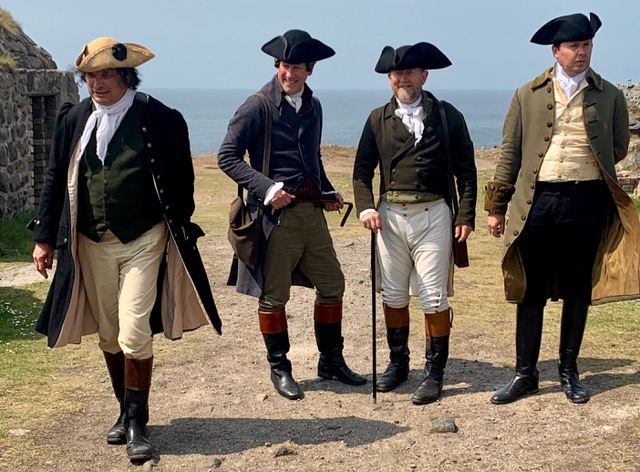 My dear friend Karen Colam, the Cornish guru of all things Poldark, kindly agreed to write a series of Postcards from around Cornwall that will feature in my blogs and e-newsletters.Â  This is the first and I hope you enjoy reading it as much as I did.

â€śCornwall has always been a haven for filmmakers. Â A readymade set for period and contemporary dramas alike, Cornwallâ€™s timeless beauty always attracts visitors and new residents to its charming coves and dramatic cliff-scapes whatever the weather. Â Cornwallâ€™s diverse coast is the enduring star of so many shows that arriving here for the first time feels familiar and homely.

Fans of the internationally acclaimed Poldark series and other popular dramas, such as Doc Martin, know the drama on the screens is often echoed by the natural drama of waves crashing on cliffs below.

Cornwall is a tale of two coastlines and each has its temperament and characteristics.Â  Â The Atlantic coast which provides and defines the wide expansive beaches that Cornwall is so often famed and framed for by film makers and visitors alike. It differs vastly however from its more tranquil south coast counterpart.Â Â  The coves and inlets of the westernmost stretch of the English Channel are heaven made for quirky dramas such as the recently acclaimed Delicious and The Trouble with MaggieCole ( both starring Dawn French who herself lives in Fowey), and rely heavily on the gentler atmosphere of unhurried pastoral life which is echoed by the characteristics of the south facing coastlines. Â Â Over the series of Postcards from Cornwall that I have written for Jayne at Live Beside the Sea, I will introduce you to some of my personal favourites.

Essentially I am a â€śnorth-coasterâ€ť living a few minutes walk from Perranporthâ€™s magnificent three miles of golden beach.Â  I run an acclaimed tour business (Poldarkâ€™s Cornwall) with unique access and insight to all places and things Poldark related and I also know Cornwall tip to toe! I own a small boutique hotel (The Residence at Bolenna) from which Cornwall can be equally well explored in all directions and like Jayne, I am happy to help anyone find their perfect piece of Cornish heaven.

So letâ€™s talk first about Perranporth, as itâ€™s the place I chose to make my home.Â  Perranporth is the real setting for Winston Grahamâ€™s Poldark saga.Â  It is wild and dramatic in the winter months and a playground for sun seekers in the summer.Â  A family place which has never succumbed to the ravages of hen and stag parties; Perranporth is a destination village that people visit for generations and always think of in terms of sandy beaches, surf culture and awesome sunsets.Â Â  Perranporth is the site of the famous Wheal Leisure copper mine as retold in the Poldark novels and is also the place where Donald Healey designed and built his extraordinary Healey sports cars.Â  Even Churchill recognised its strategic important efforts and stationed a platoon of his â€śSecret Armyâ€ť here.Â  Perranporth got its name as the landing place of the early Christian Saint Piran. In the 6th century he built his oratory in the dunes above the beach and it still stands today as the oldest Christian building in the UK.Â  One of the ancient playing places of Medieval Cornwall is sited about a mile inland; Perran Round was a performance space for the ancient miracle plays and you can still see the characteristic indentation in the centre, known as the â€śfrying panâ€ť which was supposed to represent the gates of Hades.

So in summary to this rather long â€śPostcard from Cornwallâ€ť. Perranporth bears some of the hallmarks of the true Cornwall.Â  Home to Saint Piran, patron saint of tin miners and whose flag which represents the white metal flowing in cross formation from the black rock of the flag, has been adopted as the flag of Cornwall.Â  Its mining history gave rise to the greatest set of novels of Cornwallâ€™s mining heritage and heyday.Â  Its geographical location made it significant to the war effort and its airfield became the test track for world class motor racing.Â  Thereâ€™s lots of things you can call Perranporth.Â  I call it â€śhomeâ€ť.â€ť